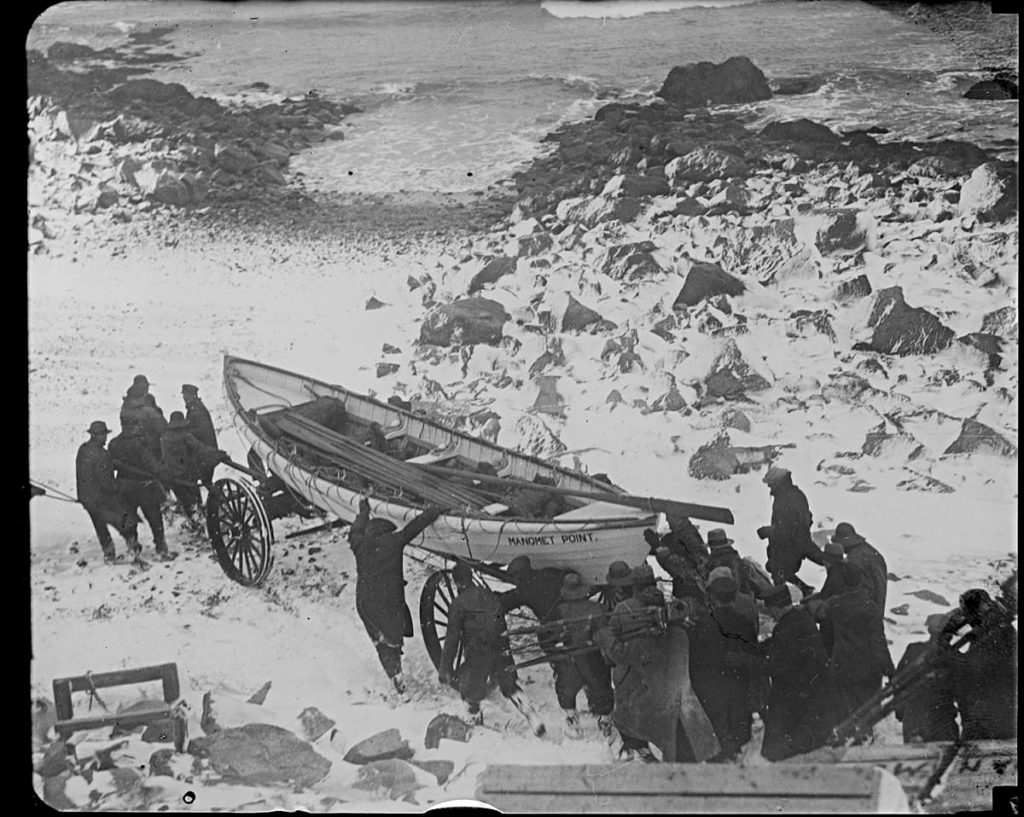 Coast Guardsmen and civilians roll surfboat to the ocean in effort to save passengers aboard the SS Robert E. Lee, which went aground off Manomet Point in March, 1928. Photo by Boston Herald-Traveler Photographer Leslie Jones. Full photo set viewable here. 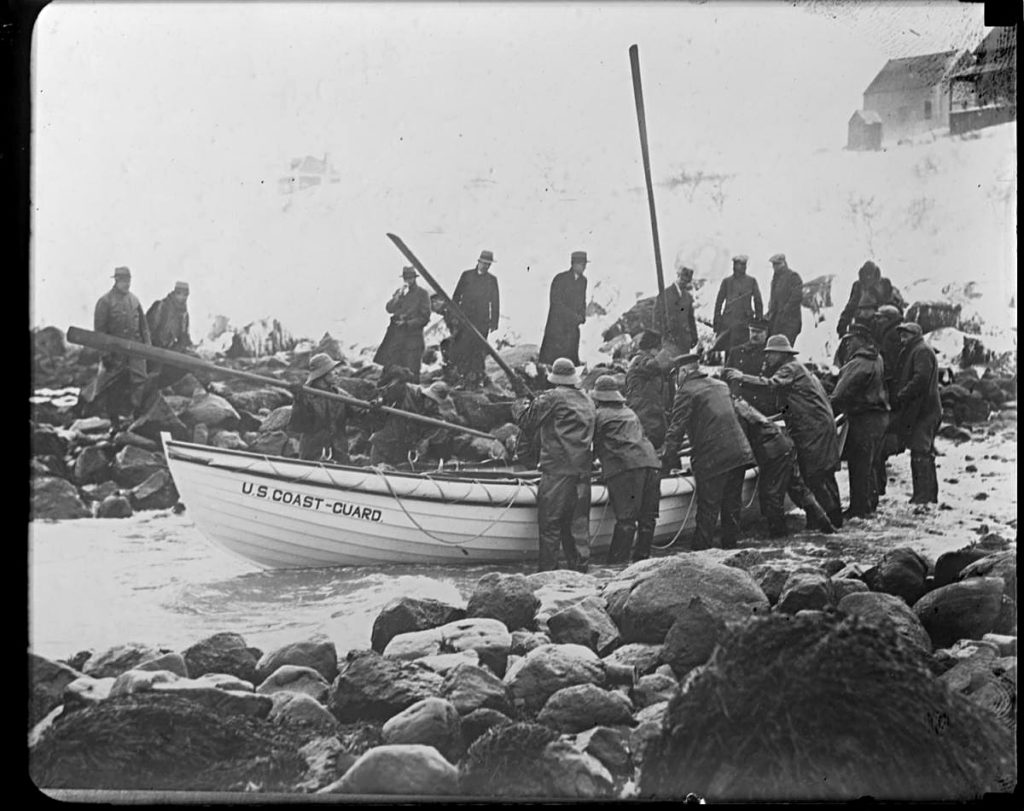 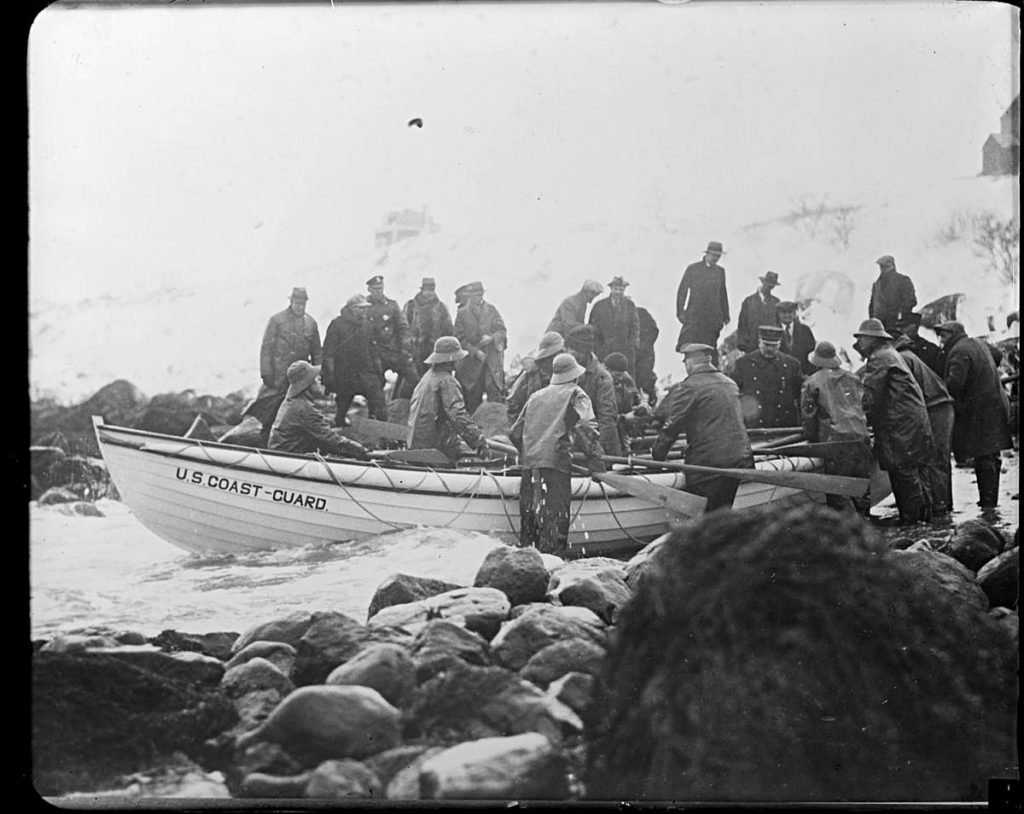 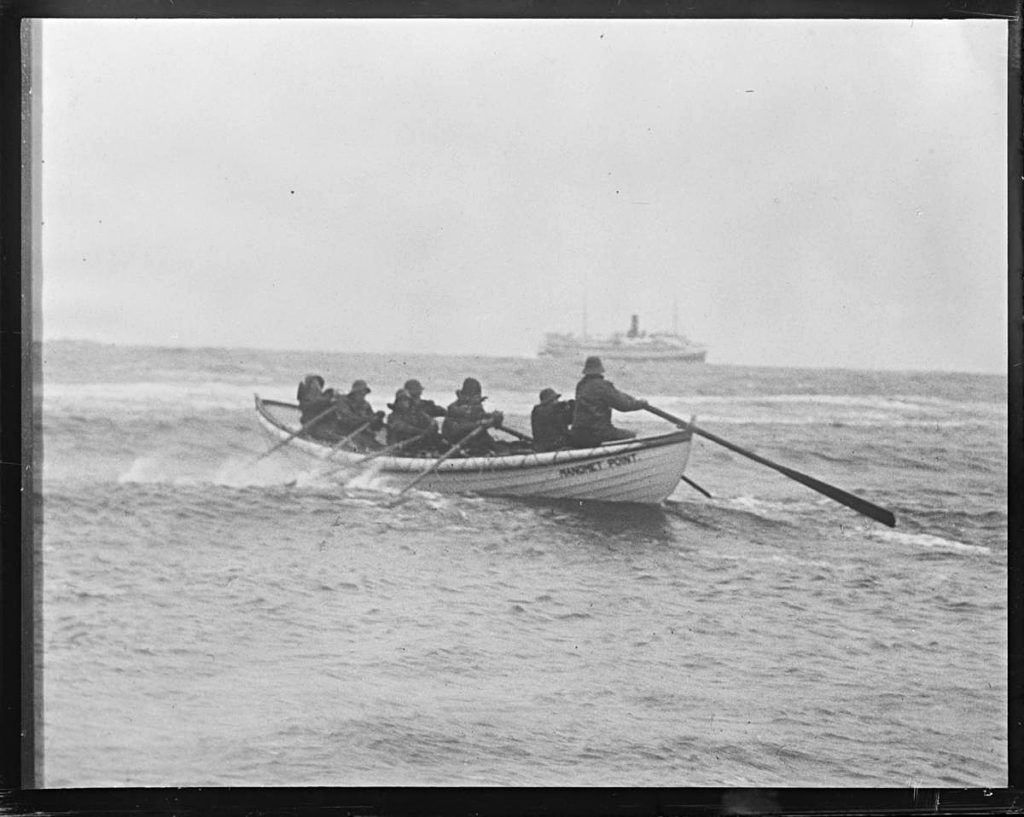 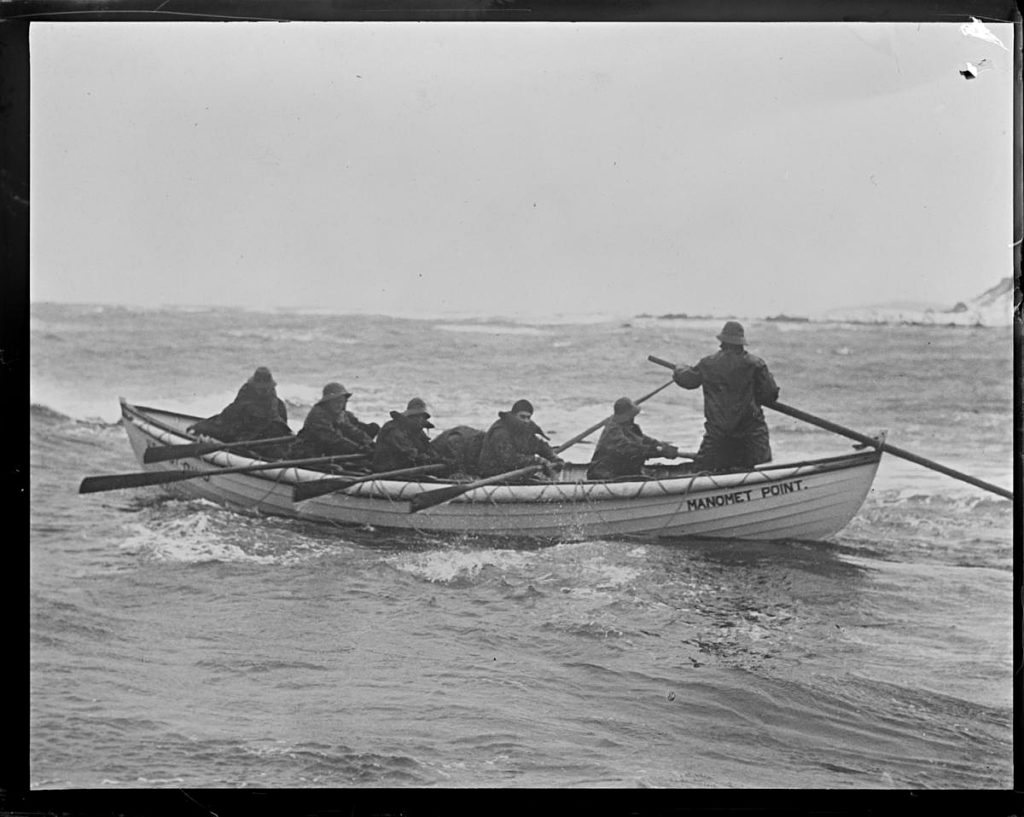 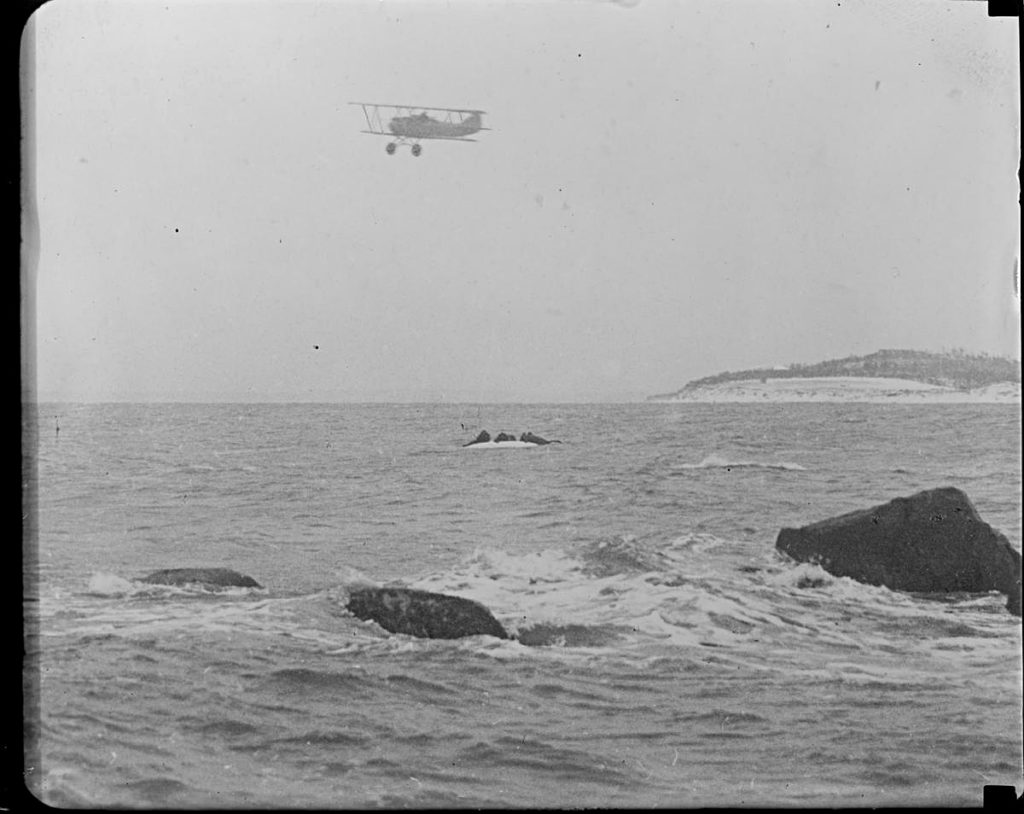 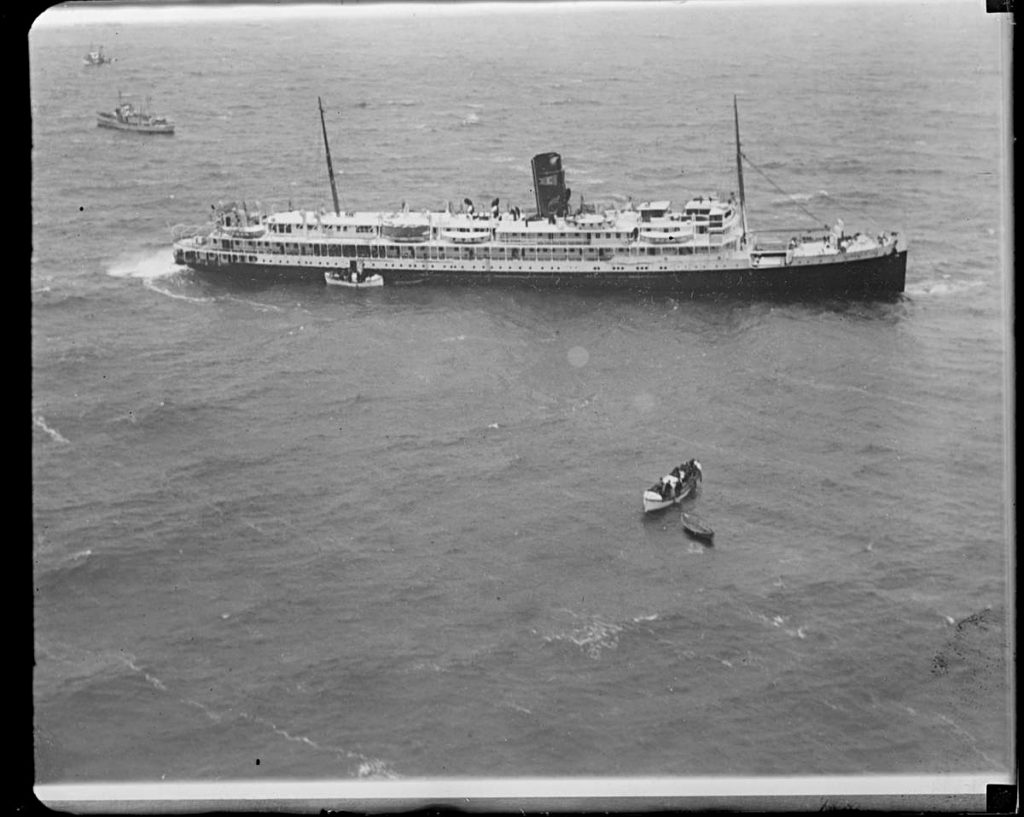 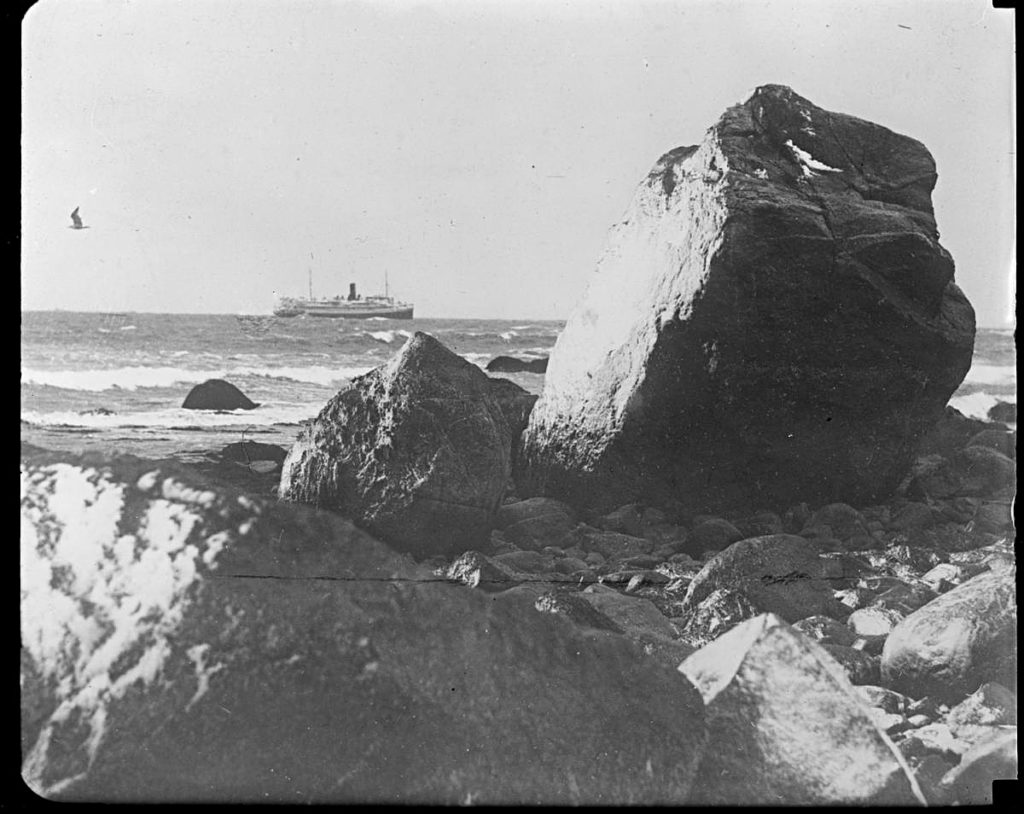 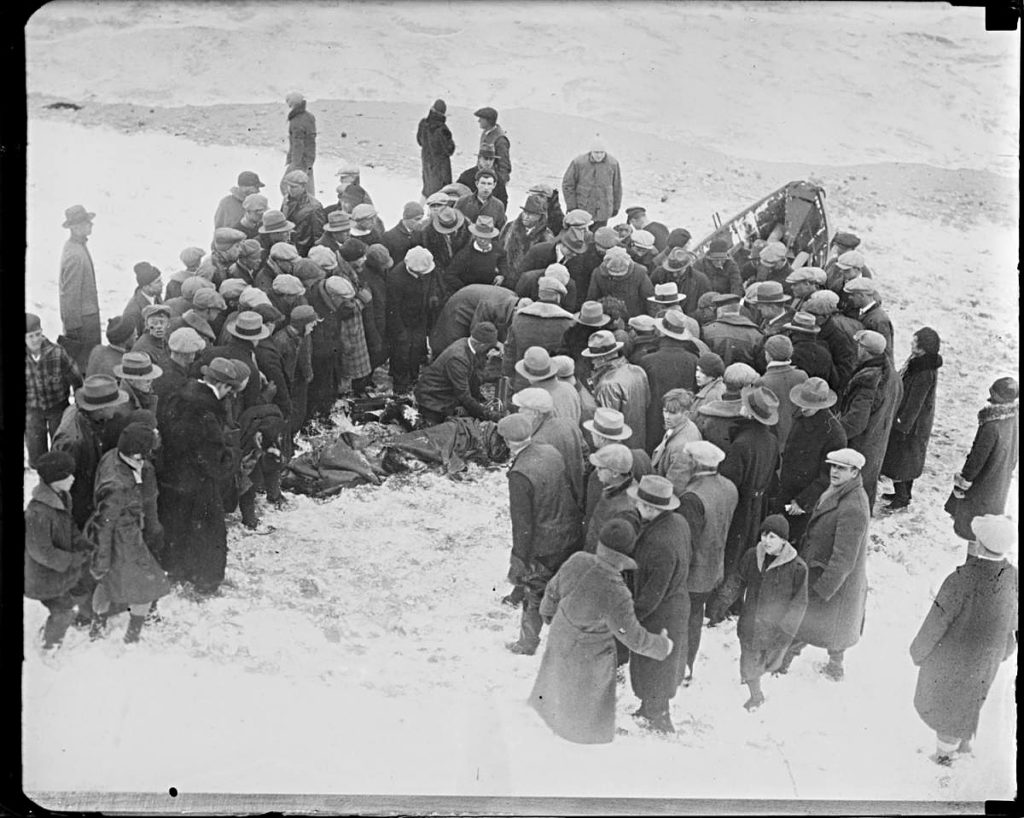 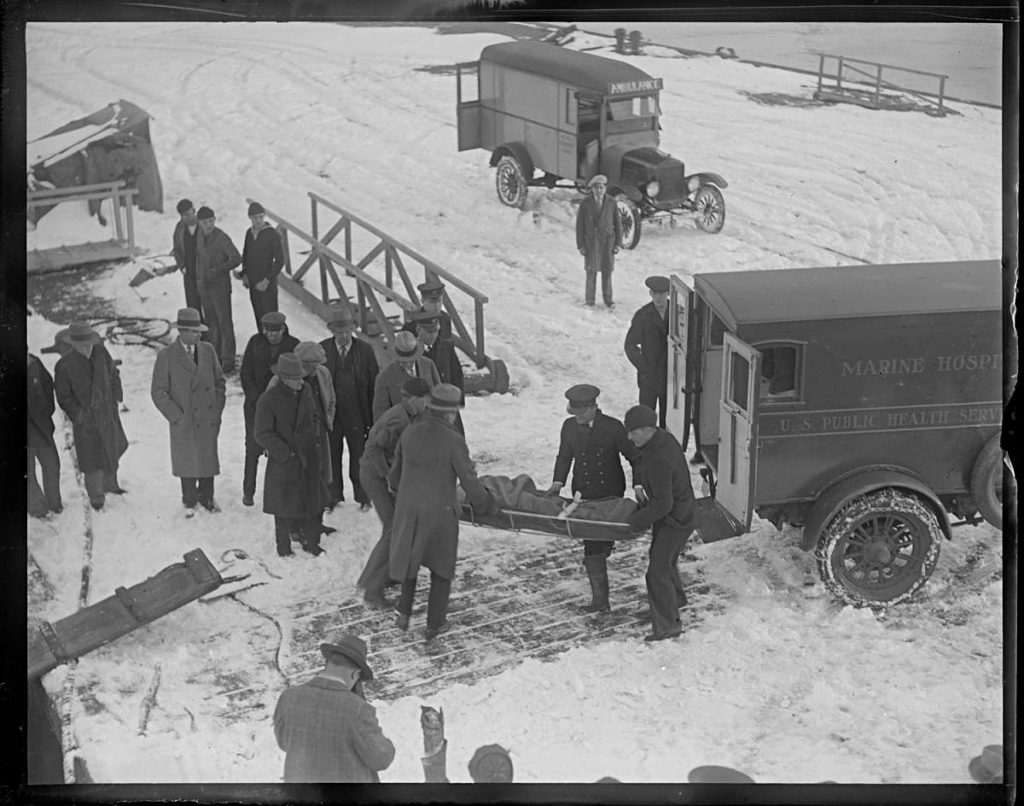 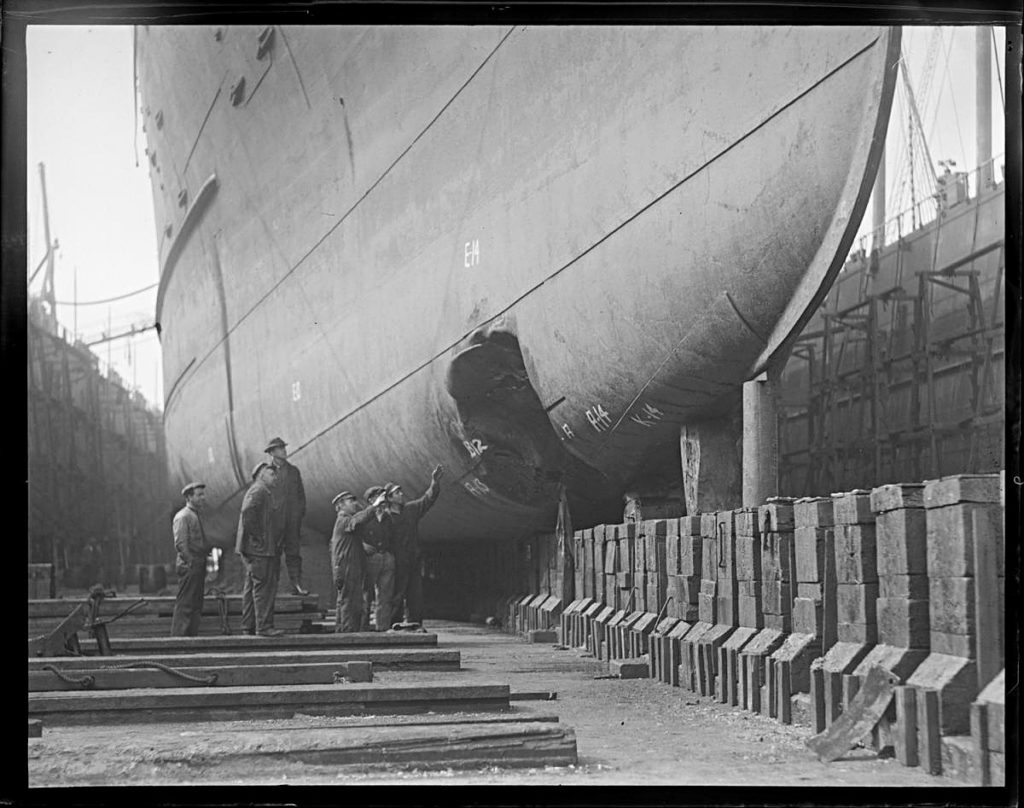 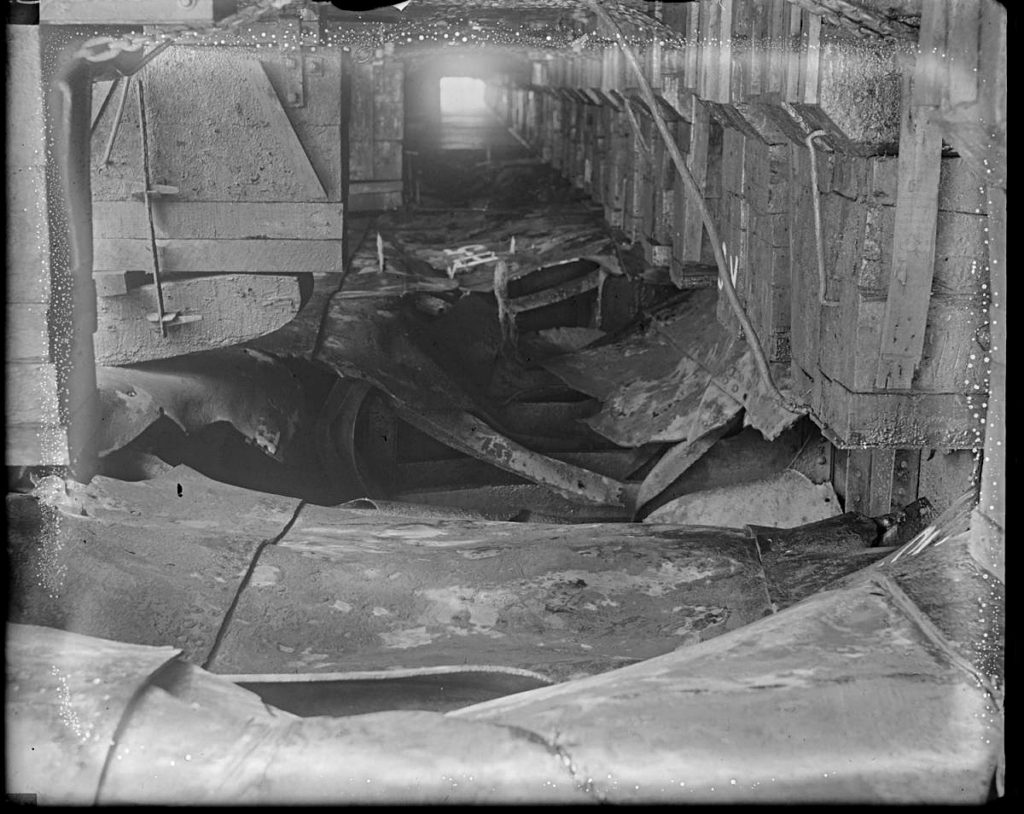 Damage to the hull of SS Robert E. Lee, which went aground off rocks off of Manomet Point in March, 1928. Photo by Boston Herald-Traveler Photographer Leslie Jones. Full photo set viewable here.