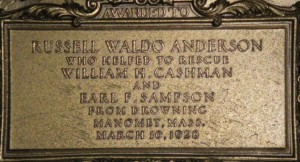 Five Massachusetts men who tried  to rescue the three Coast Guardsmen after their surfboat capsized enroute back from the Robert E. Lee were awarded prestigious Carnegie Medals for their valor.

Here are the official summaries from the Carnegie Hero Fund Commission, which annually honor civilians who “voluntarily risk his or her own life, knowingly, to an extraordinary degree while saving or attempting to save the life of another person.”

The Old Colony Memorial did a fine recap of the events in the mid-70s, including a look at the controversy about whether the Coast Guard station was ill-equipped. Here is the story (PDF) from June, 1975.

Headline from Old Colony Memorial in 1975 (click for story)

Front Pages and National Headlines of the Day 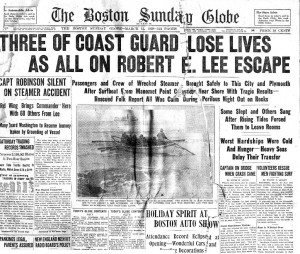 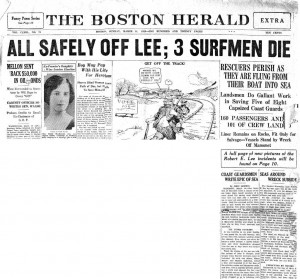 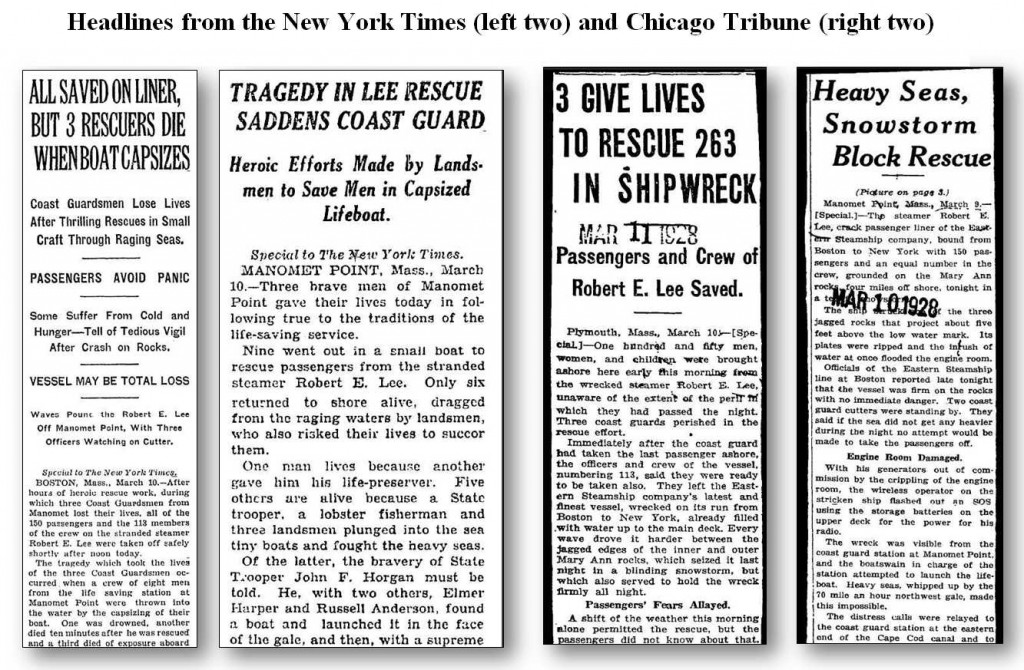 Headlines from NY Times and Chicago Tribune (click to enlarge). 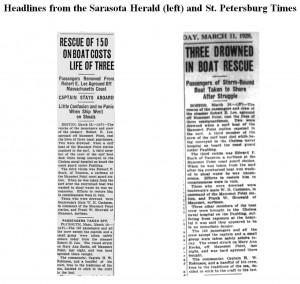 ‘Powerless: The Wreck of the Robert E. Lee.’

A good recap (PDF) of the history of the Life Saving Station at the Point and the events surrounding the Lee grounding and rescue from Wreck & Rescue.

What became of the Lee?

While we haven’t been able to completely verify that this was the same ship (although key vital statistics match), the Lee apparently met its final demise in 1942 when it was put into military service and was sunk by a German U-Boat in the Gulf of Mexico. The wreck of the Lee was discovered in 2001. The wreck of U-166, the U-Boat that sunk her, was discovered nearby. It had been sunk by depth charges from a patrol craft escorting the Lee.

Contribute to the Wikipedia entry about the Lee disaster, if you’ve got additional facts, information or sources.